A Macomb County jury awarded $4000, 000 to a patient of a dentist who was accused of injecting a numbing solution into the wrong spot, causing the man to lose most of the taste and feeling in his tongue.  The eight-person panel unanimously agreed last Friday an insurance company should pay Christopher Vlaminck a $100,000 lump sum and $300,000 based on $15,000 per year for 20 years for pain and suffering, mental anguish and disability for the malpractice by Steven Ratiner at his Clinton Township practice, according to the court records and Vlaminck's attorney, Robert Gittleman.  The jury deliberated two hours following a four-day trial in front of circuit Judge Edward Servitto.

Gittleman said the negligent act destroyed a nerve in the tongue in Vlaminck's gum area, leading to permanent pain and discomfort. His tongue feels numb all of the time, Gittleman said.  "He says from the time he wakes up until the time he goes to sleep he's conscious of the abnormal state of his tongue."Gittleman said of his client. "It's like when you go to the dentist and you get an injection and your tongue feels numb for a while. He will have this obnoxious feeling for the rest of his life.  He bites his tongue and it bleeds. It effects his speech, kissing."  He said Vlaminck, either can't taste food, or the taste is altered. He has difficulty controlling his food while he chews.

Vlaminck, 58 of Clinton Township, works in engineering for an aerospace company.  Ratiner injected the solution in the wrong location in an "area of the gum"in the back of the mouth past the wisdom teeth and destroyed the lingual nerve, Gittleman said.

To try to fix the mishap claimed by Vlaminck, he was referred to Summit Oral & Maxillofacial Surgery, which has several locations in the metro Detroit, according to Gittleman.

Summit referred him to The University of Michigan Section of Oral and Maxillofacial Surgery / Hospital Dentistry in Ann Arbor, but he couldn't be helped because the nerve was destroyed, he said.  Ratiner's insurance company, which defended the case, could appeal.  An attorney representing the insurance company could not be reach Tuesday. 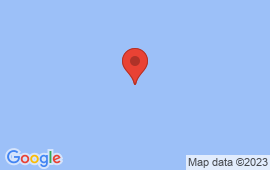